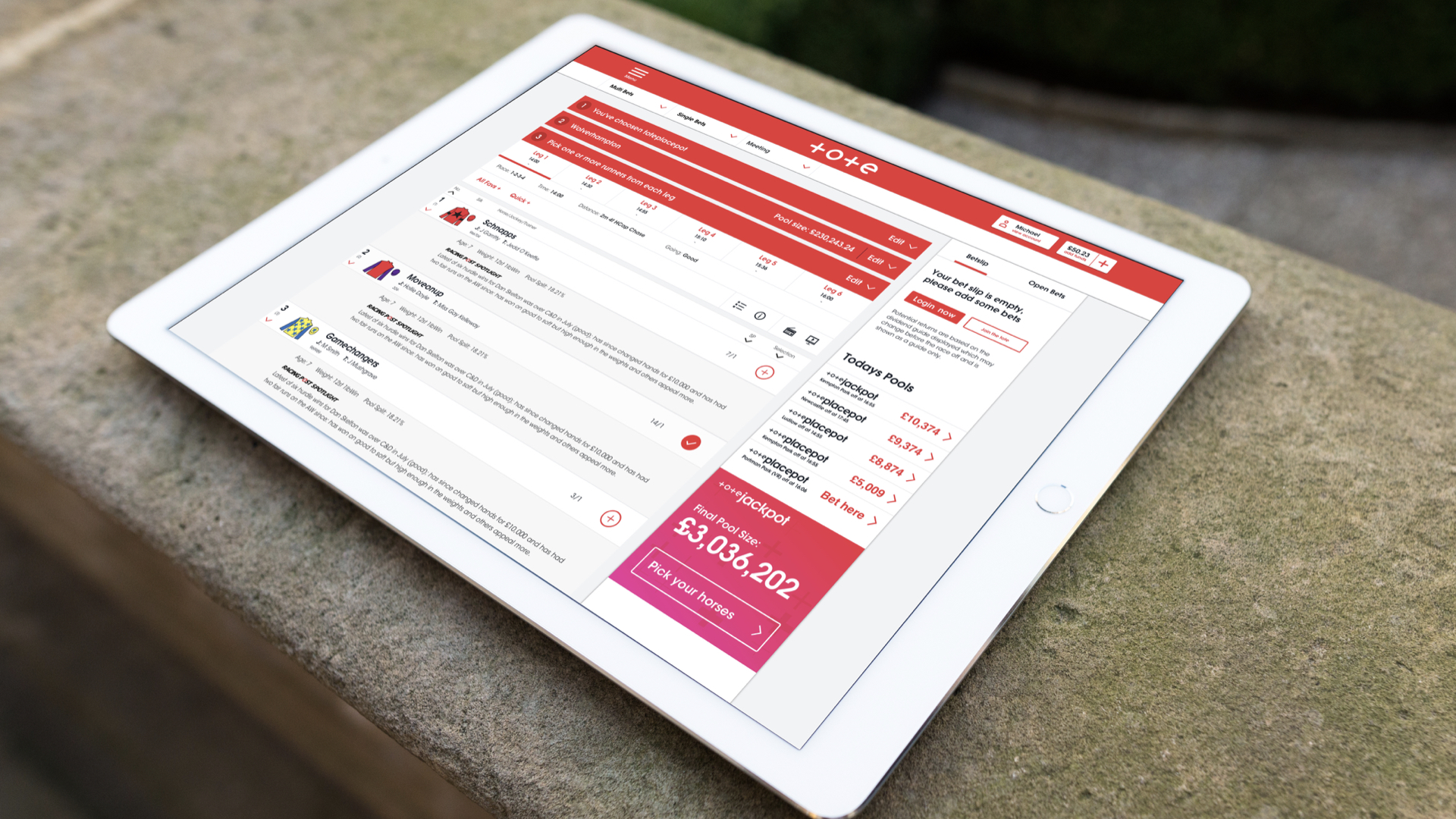 Sportech PLC, an international betting technology business, is pleased to announce the commencement of a new multi-year international commingling agreement with UK Tote Group and the formal handover to UK Tote Group of a proprietary digital platform, www.tote.co.uk, developed jointly with Sportech.

The new international commingling agreement will enable UK Tote Group to utilise Sportech’s worldwide Quantum™ commingling ecosystem to access horseracing and other sporting pools across the globe. Such access supports their international growth aspirations including the recently announced enhanced partnership with The Hong Kong Jockey Club.

In addition to the new international commingling agreement, Sportech formally handed over a proprietary digital platform on which Sportech has worked closely with UK Tote Group over the last year to jointly create and deliver. The new platform gives UK Tote Group cutting edge digital technology in a fully containerised, cloud based solution to grow their online business. The new digital platform is directly connected to Sportech’s worldwide commingling ecosystem, bringing a myriad of opportunities for the deployment of additional Tote products from international operators.

Richard McGuire, Chief Executive of Sportech, said: “Sportech has invested heavily to develop its Quantum™ global ecosystem and to improve the quality of its international business. The global market for pool betting is in excess of US$100 billion and UK Tote Group has an impressive team with ambitious plans. Sportech is delighted to extend its relationship with UK Tote Group to support their global initiatives.”

Alex Frost, Chief Executive of UK Tote Group, said: “This agreement with Sportech demonstrates further commitment to our international development plans and a desire to see our pools betting operation lead the way in technological innovation to help grow betting on horseracing around the world.”

This site uses cookies - small text files that are placed on your machine to help the site provide a better user experience. In general, cookies are used to retain user preferences, store information for things like shopping carts, and provide anonymised tracking data to third party applications like Google Analytics. As a rule, cookies will make your browsing experience better. However, you may prefer to disable cookies on this site and on others. The most effective way to do this is to disable cookies in your browser. We suggest consulting the Help section of your browser or taking a look at the About Cookies website which offers guidance for all modern browsers.

Necessary Cookie should be enabled at all times so that we can save your preferences for cookie settings.

If you disable this cookie, we will not be able to save your preferences. This means that every time you visit this website you will need to enable or disable cookies again.

This website uses Google Analytics, a web analytics service provided by Google, Inc. (‘Google’). Google Analytics uses cookies (text files placed on your computer) to help the website operators analyse how users use the site. The information generated by the cookie about your use of the website (including your IP address) will be transmitted to and stored by Google on servers in the United States. Google will use this information for the purpose of evaluating your use of the website, compiling reports on website activity for website operators and providing other services relating to website activity and internet usage. Google may also transfer this information to third parties where required to do so by law, or where such third parties process the information on Google’s behalf. Google will not associate your IP address with any other data held by Google. You may refuse the use of cookies by selecting the appropriate settings on your browser. However, please note that if you do this you may not be able to use the full functionality of this website. By using this website, you consent to the processing of data about you by Google in the manner and for the purposes set out above.

Please enable Strictly Necessary Cookies first so that we can save your preferences!